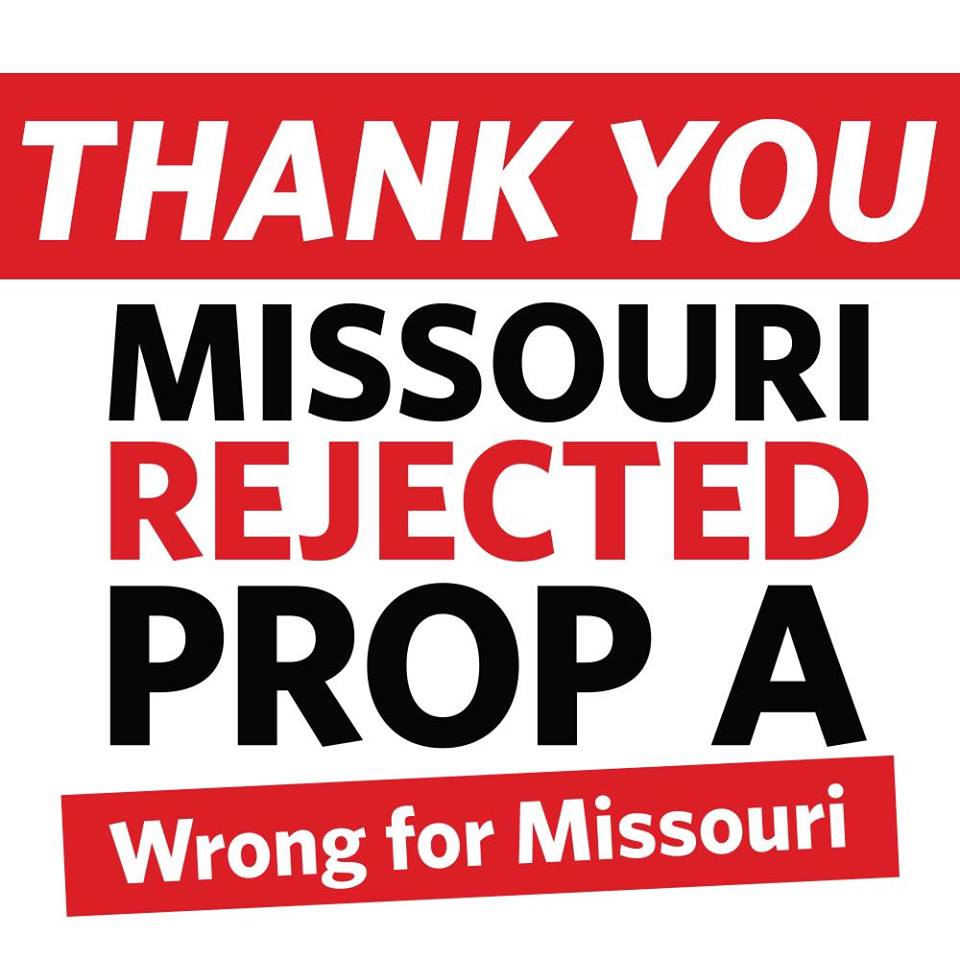 The New Jersey State AFL-CIO congratulates our brothers and sisters in Missouri who voted overwhelmingly on Tuesday to reject a proposed right-to-work law, derailing a decades-long push by Republicans and corporations to curb union power.

“This vote marks a major victory not only for the labor movement, but for democracy,” said New Jersey State AFL-CIO President Charles Wowkanech. “We owe a debt of gratitude to Missourians and all the volunteers who worked tirelessly to ensure this victory and made the voice of working families heard at the ballot box. This truly is a historic moment.”

Right-to-work prohibits unions from requiring a person to pay union fees as a condition of employment. Workers can already opt-out of full union membership and pay only for the cost of collective bargaining with the employer, but under right-to-work, employees could opt out of paying anything for the cost of representation.

The right-to-work law passed Missouri's Republican legislature and was signed by then-Gov. Eric Greitens in 2017. However, thousands of union volunteers gathered enough signatures to keep it from going into effect pending the results of a statewide referendum. Tuesday’s rejection of Proposition A effectively kills the law.

In the crucial weeks leading up to the vote, the AFL-CIO and local unions conducted a thorough canvassing campaign in an effort to convince Missourians to reject the proposition. During that time, thousands of volunteers knocked on more than 771,000 doors and made over 1 million phone calls. This clearly made a tremendous impact as Missourians rejected Proposition A by a two-to-one margin.

“The defeat of this poisonous anti-worker legislation is a victory for all workers across the country. The message sent by every single person who worked to defeat Prop. A is clear: When we see an opportunity to use our political voice to give workers a more level playing field, we will seize it with overwhelming passion and determination,” said national AFL-CIO President Richard Trumka. “Tonight is the latest act of working people changing a rigged system that for decades has been favoring corporations, the mega wealthy and the privileged few.”

“The victory in Missouri follows a national wave of inspiring activism that is leading to life-changing collective bargaining agreements and electoral triumphs that remind America the path to power runs through the labor movement. From statehouses and city councils to the halls of Congress, working people are fighting back; and this November, we will elect our allies and retire our enemies. Working people across Missouri made this transformational moment possible, and we are following their lead to changing the world.”