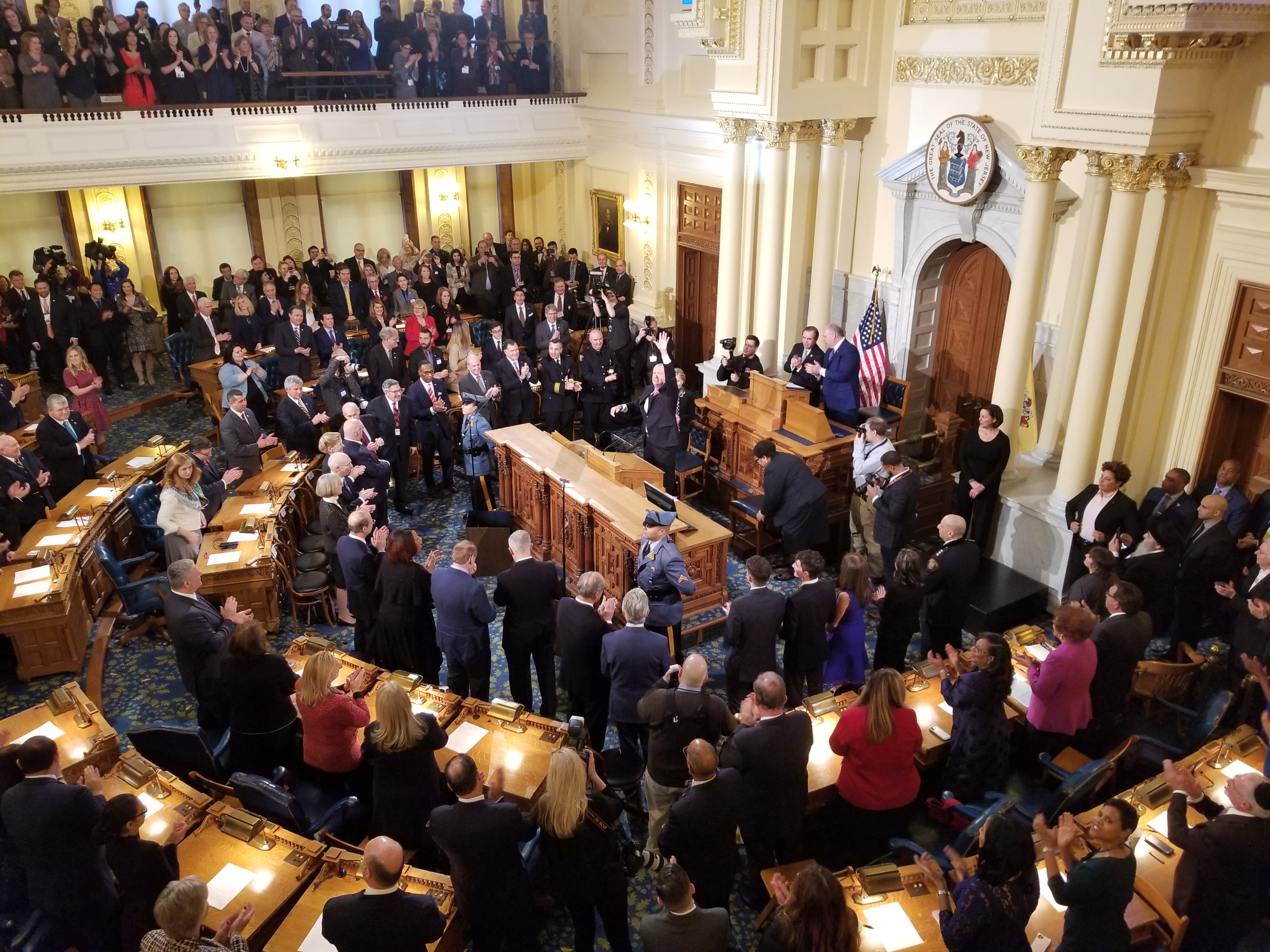 Are good union jobs on the horizon in New Jersey?

Gov. Phil Murphy sees them just offshore, on the roads and rails, and in people’s homes, too.

Among the programs the governor outlined Tuesday, Jan. 14, in his 2020 State of the State Address is an ambitious offshore wind-powered electricity generation system that, he said, will provide 7,500 megawatts, enough to replace half the power in the state now available from retail sources.

This clean energy project is a key to Murphy’s vision of a Garden State innovation economy.

This innovation economy, he said, will be good for tens of thousands of well-paying union jobs to support and rebuild the middle class, “the middle-class values that built New Jersey in the first place.”

Murphy sees employment gains elsewhere in the union construction trades as New Jersey cleans up the poison of lead in pipes and paint, in buildings large and small, and in pipes inside and outside homes and offices.

And the governor thanked the patient union members who keep NJ Transit running while they await new rolling stock and adequate staffing to serve the riders whose livelihoods depend on getting to work. He congratulated the recent graduates of the locomotive engineers training classes, and announced a new class is about to graduate.

The hour-plus speech was interrupted by applause several times, especially when Murphy said the days of sexism and misogyny are over in Trenton, and that he is making sure that workplace safeguards for reporting, penalizing and stopping harassment are in place.

“Our values have not shifted,” he said. “We are on the side of the middle class and all those working to get there.”