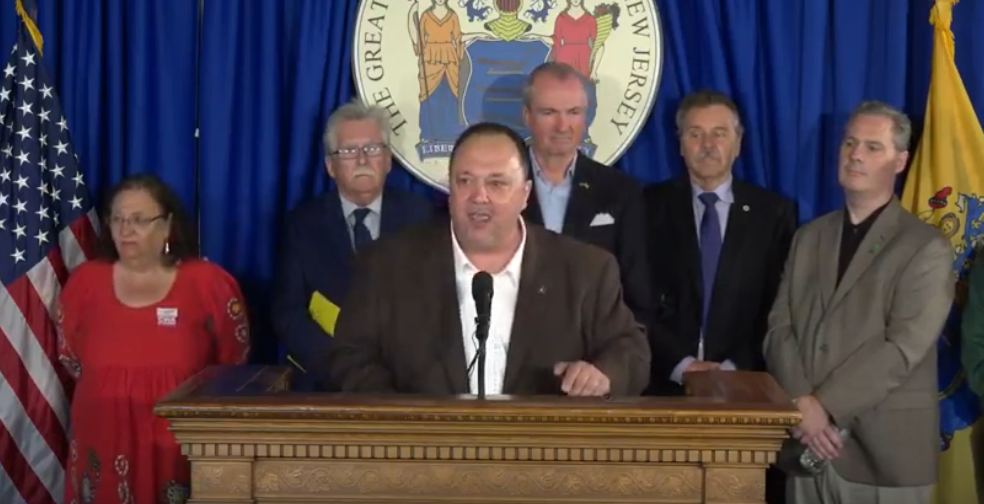 Amalgamated Transit Union (ATU) New Jersey State Council Chair Raymond Greaves has been appointed by International President John A. Costa with approval by the ATU General Executive Board as an International Vice President.

The New Jersey State AFL-CIO congratulates our brother and commends ATU President Costa and the General Executive Board for a worthy choice.

“Ray is a proven and well-respected leader who brings a wealth of experience, commitment and dedication not only at the ATU, but in the labor movement, politics and his community,” said International President Costa. “Under his leadership at the New Jersey State Council, Locals across the state have prospered; pro-union, pro-transit NJ Governor Phil Murphy was elected, and funding has increased at NJ Transit. Ray is a great addition to our General Executive Board.”

Here is the ATU release.

A native of Jersey City, Greaves joined ATU Local 819-Newark, NJ in 1985 after being hired by the NJ Transit Newark Shops Maintenance Department. Wanting to get more involved in his Local, he became a Shop Steward from 1989 to 1994. Greaves then moved up at the Local serving as Recording Secretary, Legislative Representative, and an Executive Board member. In 2011, he was elected Chair of the ATU New Jersey State Council and served until 2019.

While Chair of the ATU NJ State Council, Greaves served the broader labor community in New Jersey as Vice President of the NJ State AFL-CIO, Vice President of the Hudson County Central Labor Council (AFL-CIO), and a Board Member of NJ Working Families. Greaves also was politically active as Bayonne’s former Third Ward Council Member and a committeeman for the Hudson County Democratic Organization.